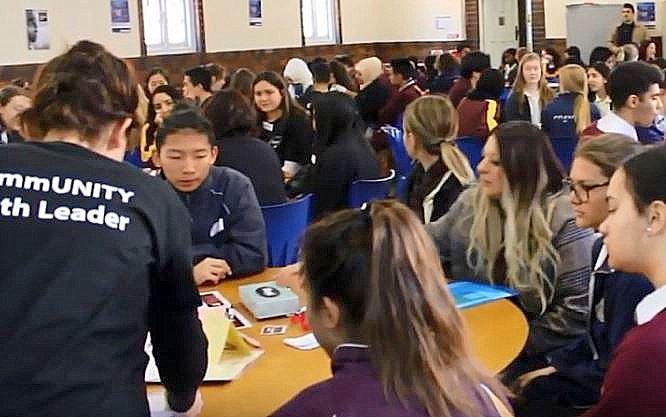 The forums provided over 200 young people with the opportunity to understand a little bit of the life of people from refugee backgrounds to create awareness and to take back to their schools to cascade learning and to take action.

The workshops enabled young people to broaden their leadership skills in many ways: young leaders returned to their schools and their peers to recruit for the forums, they designed promotional materials, created films and podcasts, and led table talk discussions at the forums.

Meeting and talking together with young people who had recently arrived in Australia gave the youth leaders the time to connect with their experiences and build empathy and make new friends.

Team building, personal development and social connections were some of the achievements from the camp.

A very active social network was created after the camp, with young people meeting up again at film making workshops, and planning the forum and the next camp.

Watch the video about the project.