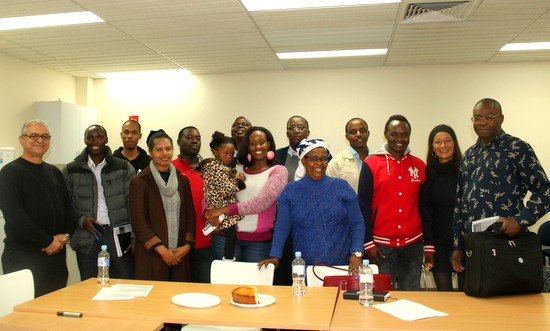 Matthew Neuhaus, the Australian Department of Foreign Affairs and Trade’s Assistant Secretary for Africa, will be the keynote speaker at the launch of a national peacebuilding initiative on September 21, aimed at African refugees and migrants from Rwanda, Burundi, Uganda and the Democratic Republic of Congo (DRC).

“This area of central Africa has been impacted by genocide, civil war, political instability and ethnic hostilities for decades,” said Mr Neuhaus, who served as Australia’s first Ambassador to the DRC from 2011 to 2015 and who is the Patron of the Great Lakes Agency for Peace and Development International (GLAPD Int.), host of the Dialogue for Peace Initiative: The African Great Lakes Re-Connecting Project.

GLAPD Int. is a non-for-profit community organisation that was founded in Australia by community members from the Africa’s Great Lakes region — Rwanda, Burundi, Uganda and the DRC — with the aim of bridging the gap caused by years of internal and cross boarder conflicts among their countries. Conflicts and wars in the region have left people harbouring hatred and resentment. In addition, it has had significant negative effects on their lives and settlement in host countries, including Australia.

“Australia has provided safe haven for many refugees from this part of the world. However, sadly conflicts can continue to disrupt these new settlers as they try to build lives in Australia,” said Mr Neuhaus. “For this reason, I am delighted to launch an initiative that will bring people together to explore strategies for sustainable peace.”

The project is facilitated by Patricia Garcia and Abe Quadan from the Department of Peace and Conflict Studies, University of Sydney, and offers free conflict resolution workshops for members of the African Great Lakes community. More than 15 GLAPD Int. members have already participated in “train the trainer” workshops to aid in tailoring workshops that focus on resolving ongoing conflict triggers for refugees and migrants living in Sydney.

“We find that language difficulties, unemployment and loneliness are some of the triggers that cause conflicts within our communities here,” said Emmanuel Musoni, the chairperson of GLAPD Int., who came to Australia in 2011.

“It is very hard for Africans who come from refugee camps and conflict zones to accept people who have been their traditional enemies. We believe that through this initiative we can learn strategies that will help us to join hands in unity and harmony.”

The launch, with Patricia Garcia AO as Mistress of Ceremonies, will be held Wednesday, September 21 at 5.30pm for 6pm at NSW Parliament House, Macquarie Street.

Although the event is free, for catering purposes reservations are requested.