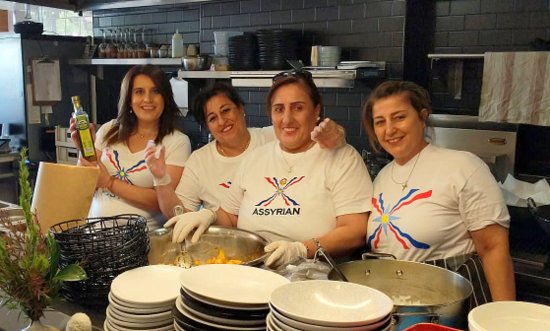 The celebration of Assyrian New Year followed conversations about cultures, food and people with the restaurant owner.

The night featured a brief history of the Assyrian people, culture, dance and food, and fabulous traditional dress and other costumes.