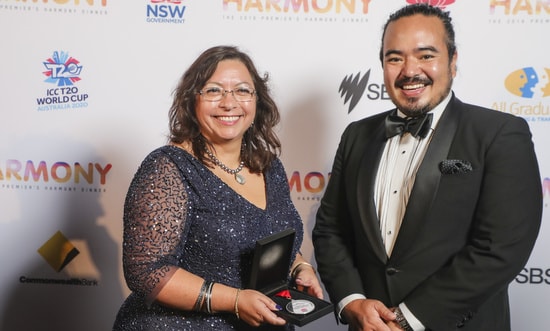 It was the second award for CORE in as many weeks after the Fairfield City Settlement Action Plan — which was led by CORE Community Services and Fairfield Council — won a Zest award in the category of Exceptional Community Partnership in a Local Government Area.

The Harmony Award, which recognises the contribution and achievement in facilitating and promoting social cohesion, understanding and acceptance between members of different cultural or faith communities, was presented at a gala event at Rosehill Racecourse.

CORE operates from 11 sites across south-west Sydney and provides support services to more than 50,000 people, including more than 4000 refugees and humanitarian entrants largely from Iraq and Syria.

CORE chief executive Juana Reinoso said the award was “a testament to our core values, as a not-for-profit organisation, our people and, of course, centring around embracing community”.

She said, “We are thrilled to receive this recognition, to acknowledge and celebrate the success of a grassroots community organisation based in south-west Sydney.

“We exist to support the local communities, we play an integral part of working together with businesses and state and local departments to better enhance the communities of south-west Sydney.”

It has seen more than 20 organisations work collaboratively on initiatives aimed at enhancing service delivery and access for newly arrived refugee and migrant communities.

In total there are 44 action items with a lead agency identified to drive the implementation of plan which is separated into three broad categories – people, opportunity and place.

Employment has been a key focus of the plan with several initiatives around encouraging the promotion of the array of different refugee employment support programs.

Ms Reinoso said the plan highlighted the need for services to collaborate and work together – sharing ideas, resources and expertise.

“We believe that the ability to address settlement to its full potential is through collaboration,” she said.

“CORE Community Services has been serving the south-west Sydney communities for 40 years and prides itself on the ability to work with people from all walks of life — we are a place for all.”